People tell us all the time that they’re getting more and more mail and often feel overwhelmed by it all. We know what you mean—here at Google we run on email. Our inboxes are slammed with hundreds, sometimes thousands of messages a day—mail from colleagues, from lists, about appointments and automated mail that’s often not important. It’s time-consuming to figure out what needs to be read and what needs a reply. Today, we’re happy to introduce Priority Inbox (in beta)—an experimental new way of taking on information overload in Gmail.

Gmail has always been pretty good at filtering junk mail into the “spam” folder. But today, in addition to spam, people get a lot of mail that isn’t outright junk but isn’t very important—bologna, or “bacn.” So we’ve evolved Gmail’s filter to address this problem and extended it to not only classify outright spam, but also to help users separate this “bologna” from the important stuff. In a way, Priority Inbox is like your personal assistant, helping you focus on the messages that matter without requiring you to set up complex rules.

Priority Inbox splits your inbox into three sections: “Important and unread,” “Starred” and “Everything else”:

As messages come in, Gmail automatically flags some of them as important. Gmail uses a variety of signals to predict which messages are important, including the people you email most (if you email Bob a lot, a message from Bob is probably important) and which messages you open and reply to (these are likely more important than the ones you skip over). And as you use Gmail, it will get better at categorizing messages for you. You can help it get better by clicking the or buttons at the top of the inbox to correctly mark a conversation as important or not important. (You can even set up filters to always mark certain things important or unimportant, or rearrange and customize the three inbox sections.)

After lots of internal testing here at Google, as well as with Gmail and Google Apps users at home and at work, we’re ready for more people to try it out. Priority Inbox will be rolling out to all Gmail users, including those of you who use Google Apps, over the next week or so. Once you see the “New! Priority Inbox” link in the top right corner of your Gmail account (or the new Priority Inbox tab in Gmail Settings), take a look. 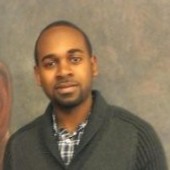